Yesterday, the Journal of Urban History published online an article I had worked on for a few years: 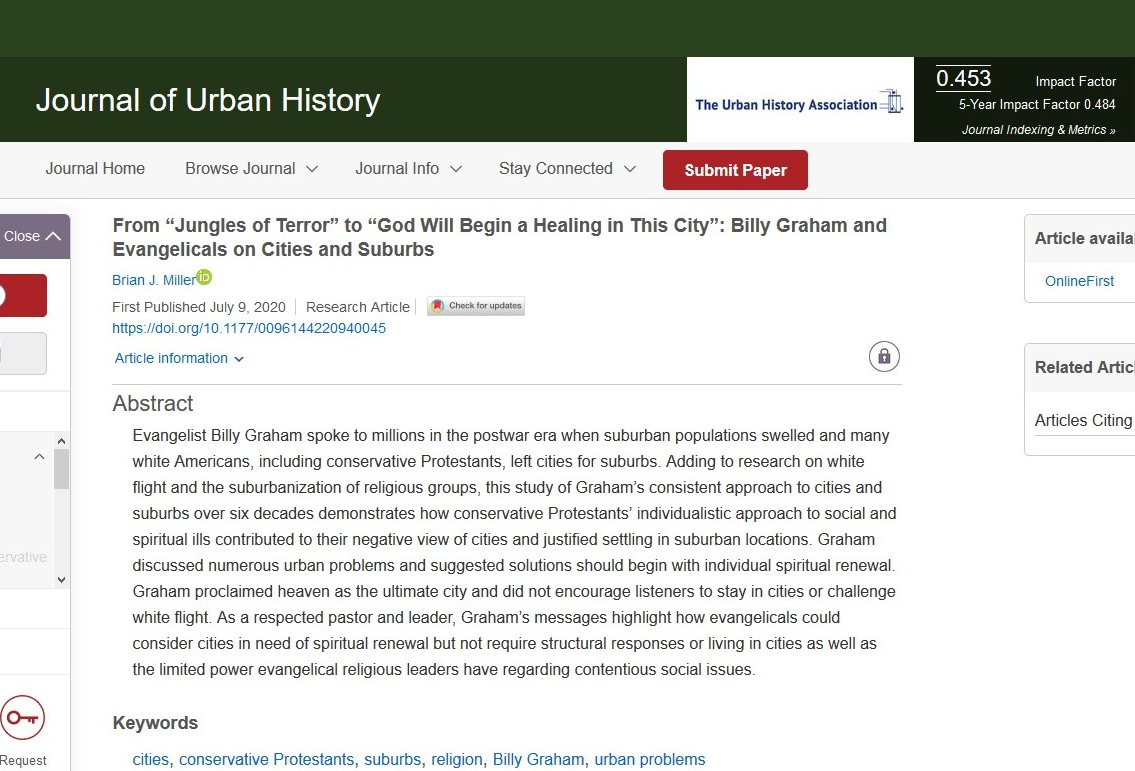 This project began when I became aware of an online archive of Billy Graham’s messages through the Billy Graham Center at Wheaton College. Given Graham’s popularity and influence while thinking as a sociologist about how religion and place are connected, I wanted to see how he addressed the substantial social change brought about by suburbanization during his post-World War II evangelistic career. Here is a summary of the findings from the abstract:

Graham discussed numerous urban problems and suggested solutions should begin with individual spiritual renewal. Graham proclaimed heaven as the ultimate city and did not encourage listeners to stay in cities or challenge white flight. As a respected pastor and leader, Graham’s messages highlight how evangelicals could consider cities in need of spiritual renewal but not require structural responses or living in cities as well as the limited power evangelical religious leaders have regarding contentious social issues.

The anti-urbanism common among white evangelicals has numerous roots. Graham exemplified several of these: a focus on individual action and salvation, consistent reminders of urban problems (meant to help prompt a spiritual response), and a focus on heaven. At the same time, his evangelistic efforts required holding events in major cities and meeting and talking with numerous influential leaders found in cities. I hope this study can help contribute to an ongoing scholarly conversation about the mixing of religion and place and its consequences for American society.