SmartAsset released their 2018 rankings for “The Best Cities for Living the American Dream.” Here are the top cities and the factors they used to develop the rankings: 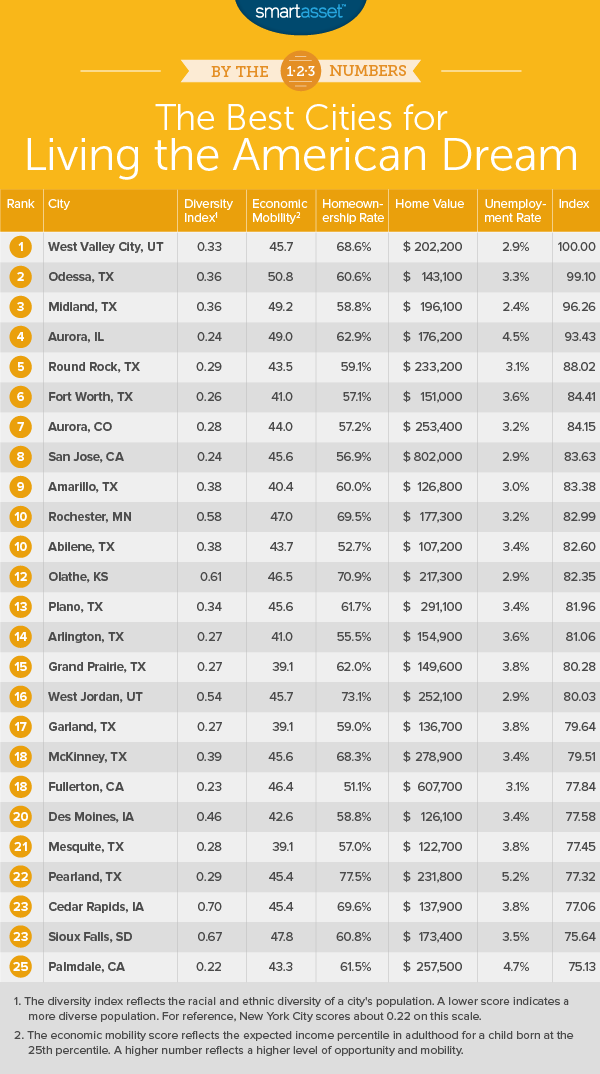 Diversity score. To create this statistic, we looked at the population percentage of different racial and ethnic groups in each city. A lower number represents more diversity. Data comes from the U.S. Census Bureau’s 2016 1-year American Community Survey.

Homeownership rate. This is the percent of households who own their home. Data comes from the Census Bureau’s 2016 1-year American Community Survey.

Home value. This is the median home value in every city. For this study, a lower home value is considered better as we use it as a measure of affordability. Data comes from the Census Bureau’s 1-year American Community Survey.