There is a big age difference in the most common age among racial and ethnic groups in the United States – particularly compared to the median. 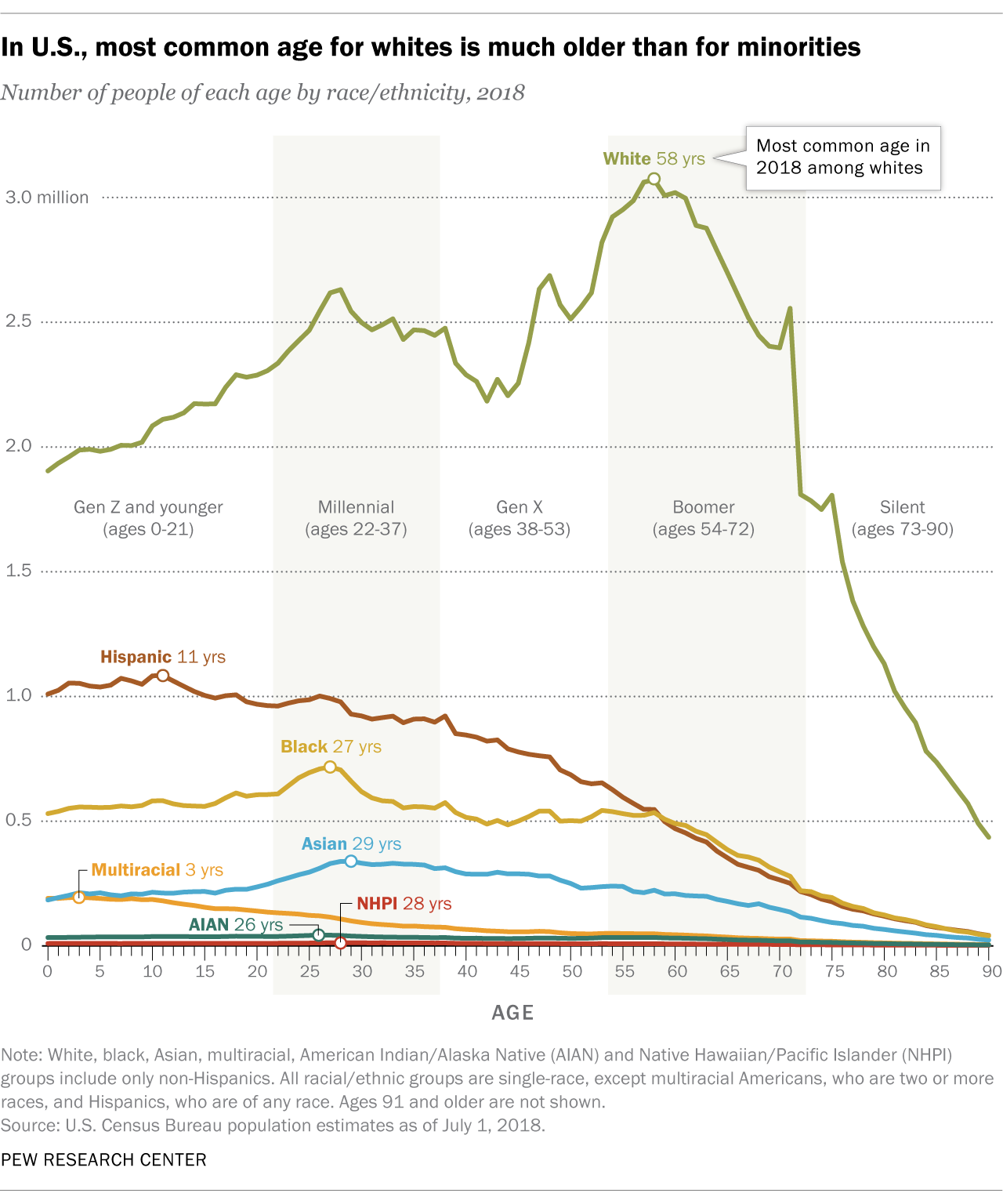 There were more 27-year-olds in the United States than people of any other age in 2018. But for white Americans, the most common age was 58, according to a Pew Research Center analysis of Census Bureau data.

Non-Hispanic whites constituted a majority (60%) of the U.S. population in 2018, and they were also the oldest of any racial or ethnic group as measured by median age – a different statistic than most common age (mode). Whites had a median age of 44, meaning that if you lined up all whites in the U.S. from youngest to oldest, the person in the middle would be 44 years old. This compares with a median age of just 31 for minorities and 38 for the U.S. population overall.

The paragraphs above provide multiple pieces of information that explain the distribution displayed above:

-The different groups have different skews, suggesting these are not even distributions.

-The mode is much higher for whites.

-The median agrees with the conclusion from the mode – whites are on average older – but the gap between whites and other groups drops.

All three pieces of information could inform the headline but Pew chose to go with the mode. Is this with the intent of suggesting large age differences among the groups?