The new 2021 Rand McNally road atlas is available. Here is what they have for the Chicago region on the Illinois page (available on the preview): 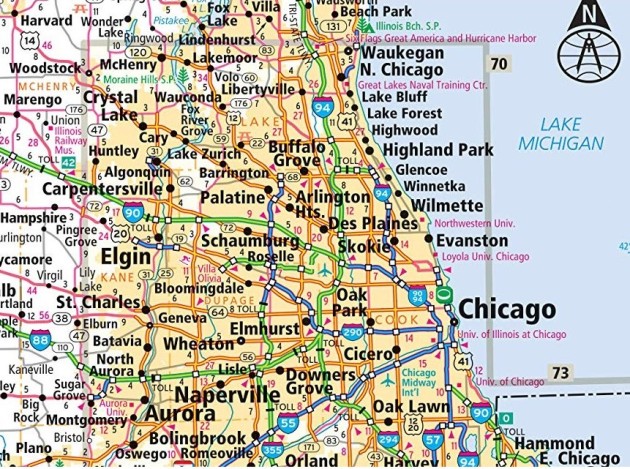 As my family or I have owned a version of this atlas for many years, I have spent much time viewing this page. I can recall when new roads were added (like I-355). Here is what strikes me upon seeing the Chicago area in the 2021 version (not the more zoomed in regional map which can offer more detail):

Making this map likely required a lot of decisions as to what to include and what would help make the map readable.