A new study of the 11 biggest American cities finds that an increasing number of suburbanites rent:

About 29 percent of suburbanites living outside the nation’s 11 most populous cities were renters in 2014, up from 23 percent in 2006, according to a report released Tuesday by New York University’s Furman Center real estate think tank and the bank Capital One.

The finances of home ownership since the mortgage meltdown might be a lead reason for the change, but the cost of renting also is rising in most of the biggest metropolitan areas, the study found… 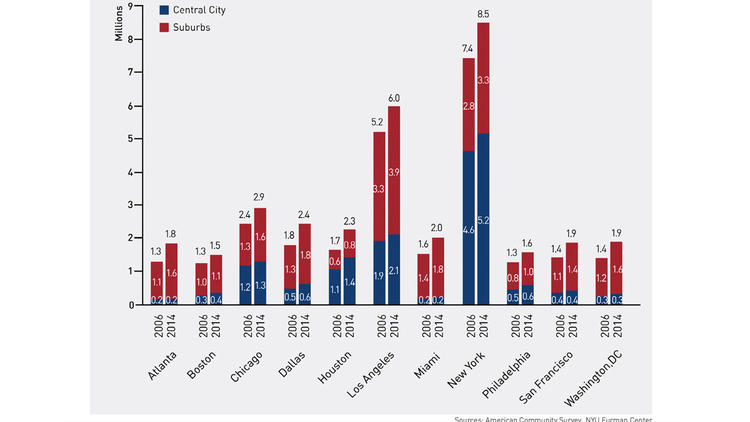 Traditionally, suburbs have not been very open to renters, particularly when it comes to apartments. The stereotypes of renters are that they care less about the community, they are more transient, and that their dwellings drive down housing values. But, two major things changed that could contribute to the effects of the economic crisis:

It will be interesting to see how suburban communities respond to the uptick in renters. New regulations? Reconsideration of how renters should be viewed?