The Wall Street Journal discusses how Generation X’s ability to own a home was significantly affected by the housing bubble:

The data show an enormous swing in the fortunes of people born between 1965 and 1984, the group defined by the Harvard Joint Center for Housing Studies as Generation X.

Compared with previous generations, Generation X went from the most successful in terms of homeownership rates in 2004 to the least successful by 2015, according to the data, which date to the early 1980s.

The culprit: a historic bull market for housing, fueled in part by easy-to-get mortgages, that encouraged record levels of home buying until the financial system cracked and the housing market collapsed. Earlier generations such as baby boomers, who entered the market before the frenzy of the early 2000s, have fared better. 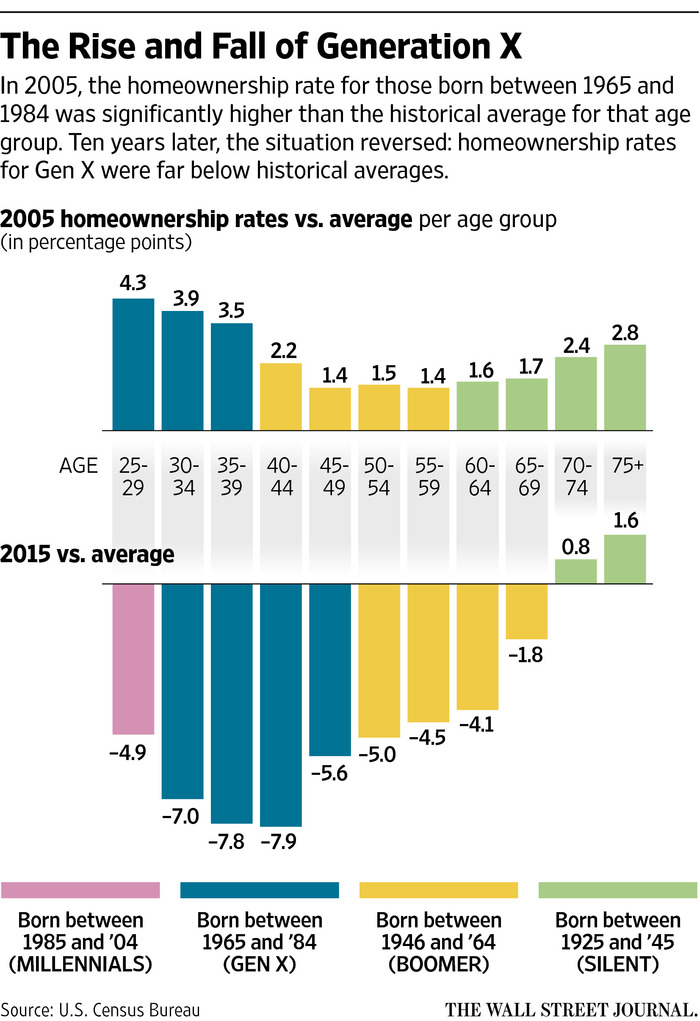 Wrong place, wrong time? The effects of this could be long lasting:

In other words, we won’t know how important this change is for quite a while.

One thought on ““Housing Bust Lingers for Generation X””