Two sociologists argue that the United States is not that unusual regarding secularization trends in the industrialized world:

Most research that compares American religion with religion elsewhere emphasizes the high levels of participation in the United States, and treats those high levels as strong evidence that America is exceptional.

If we look at the trends, though, it appears that the US isn’t a counter-example to the idea that modernization causes problems for religion. On the contrary, religious change in the United States is very similar to what we see elsewhere: long-term decline produced mainly by generational replacement.

This process operates slowly, and it can be counteracted in the short term by short-lived revivals, but it is very difficult to reverse… 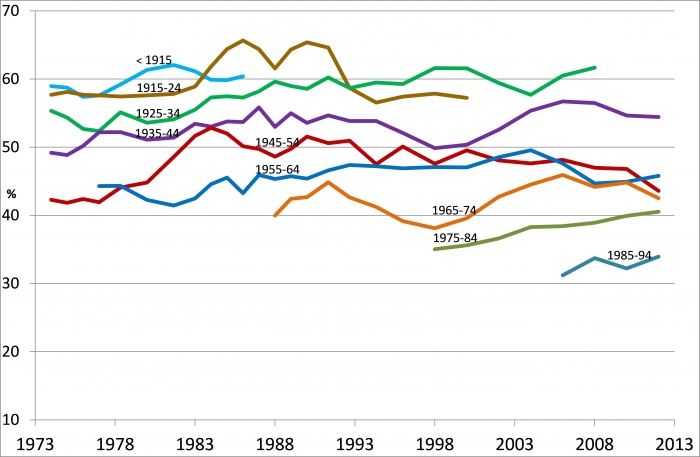 Chaves has been making this argument for a few years now.