The race between cities to attract the tech industry is an uneven one as two graphics from a Wired story about a Denver startup illustrate: 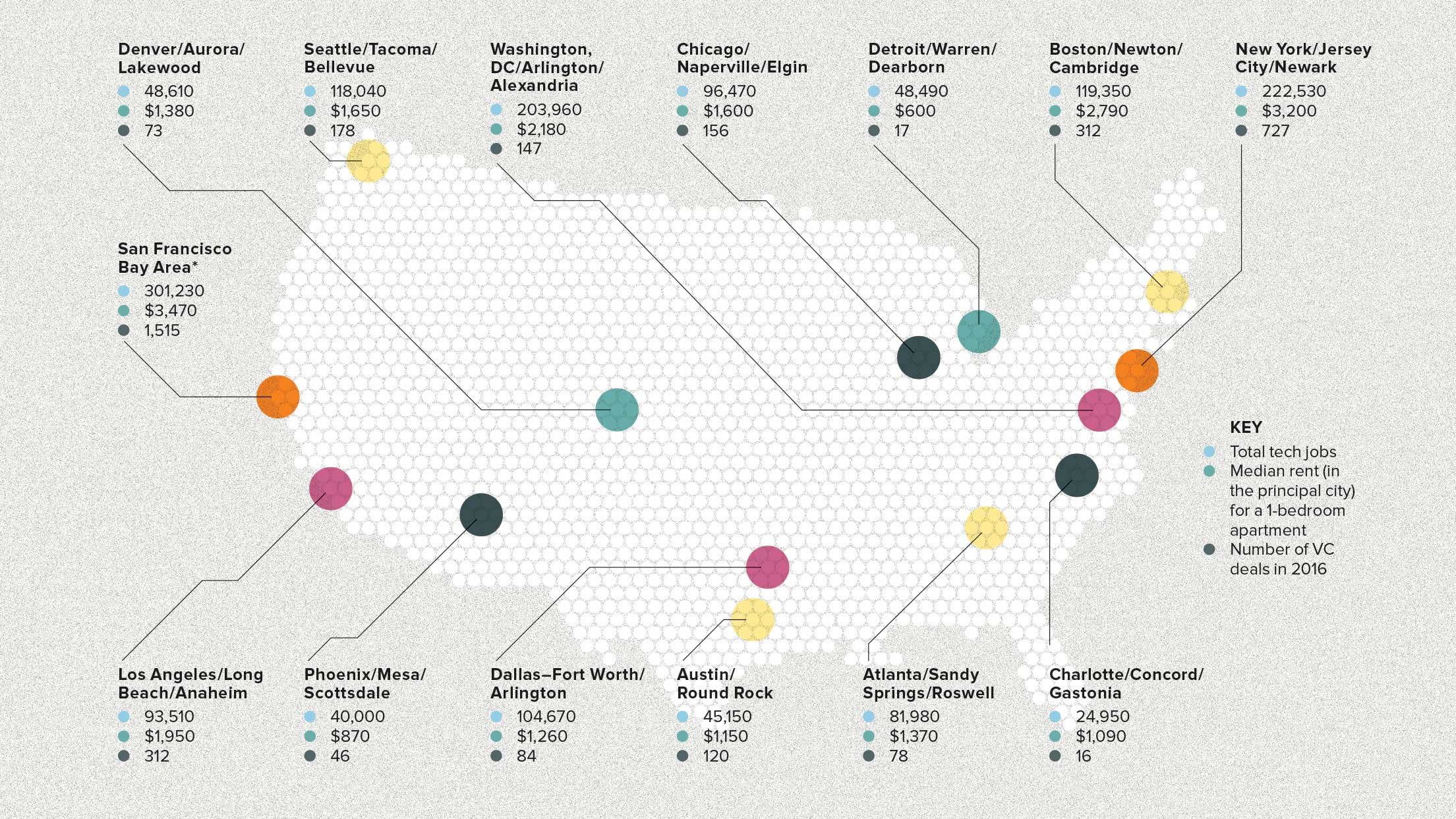 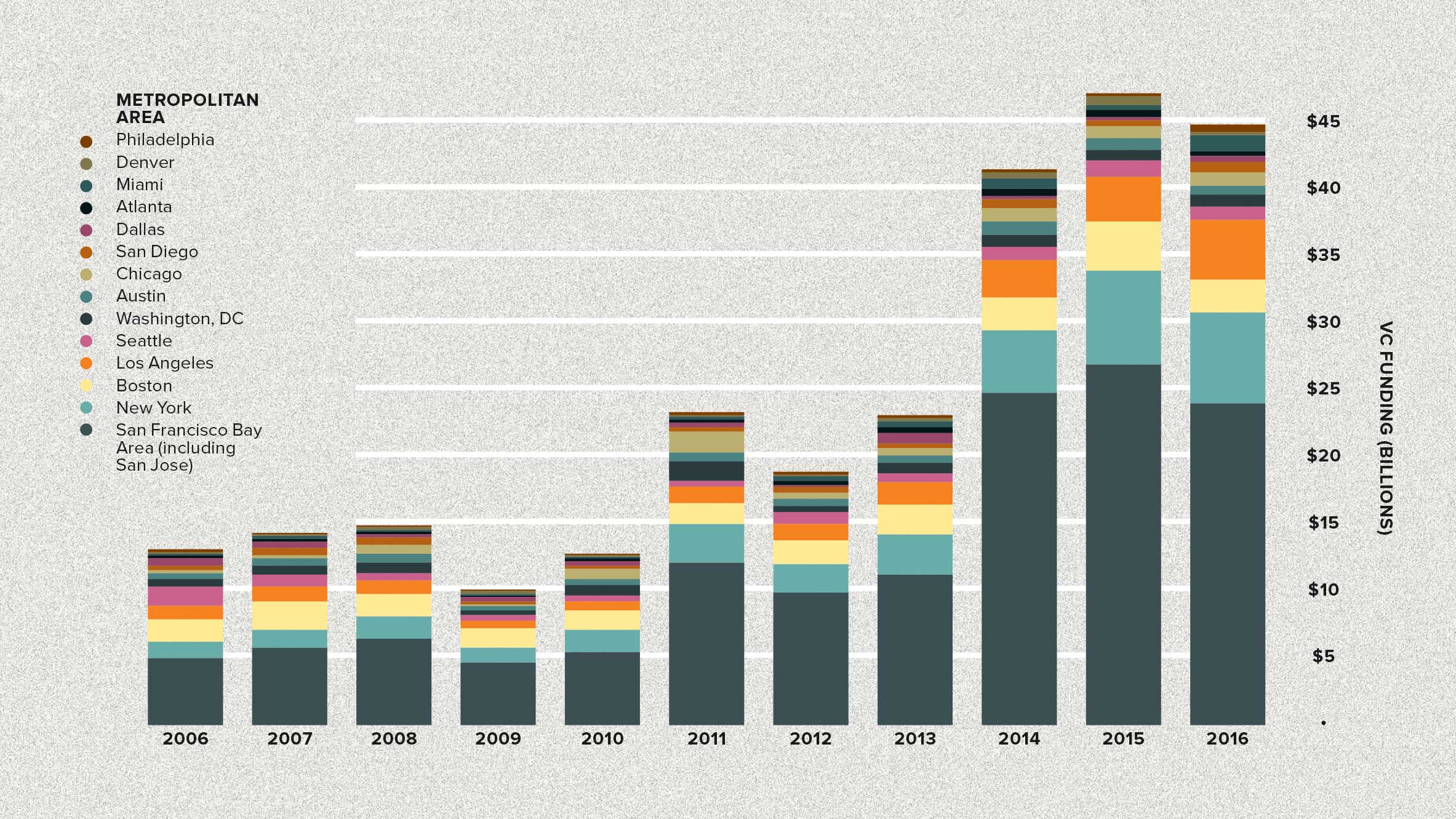 Are efforts to replicate Silicon Valley in different places that much different than trying to copy the High Line? While it is popular to try to attract the tech industry and similar businesses – see Richard Florida’s work as an example – it is not an easy task. Even technology, with all its possibilities to span times and space, is often an embodied industry. Why would Apple pay so much attention to their new building? Why does the tech industry seem to develop in clusters like Silicon Valley and Route 128 outside of Boston?

More broadly, it takes times for communities to develop and often a series of decisions and events are required. Intentional efforts may or may not lead to a flourishing tech sector in a particular location as it is difficult to apply and carry out a particular formula. These developments are often contingent on a number of previous factors. For example, the tech industry seemed to rise up near research universities (Stanford in the Bay Area, multiple schools in the Boston area). It takes a lot (in both time and resources) to develop such educational settings. Success in developing a tech cluster should be measured in decades rather than years.