Recently released Census data at the county level shows the shift toward larger non-white populations in the Chicago area: 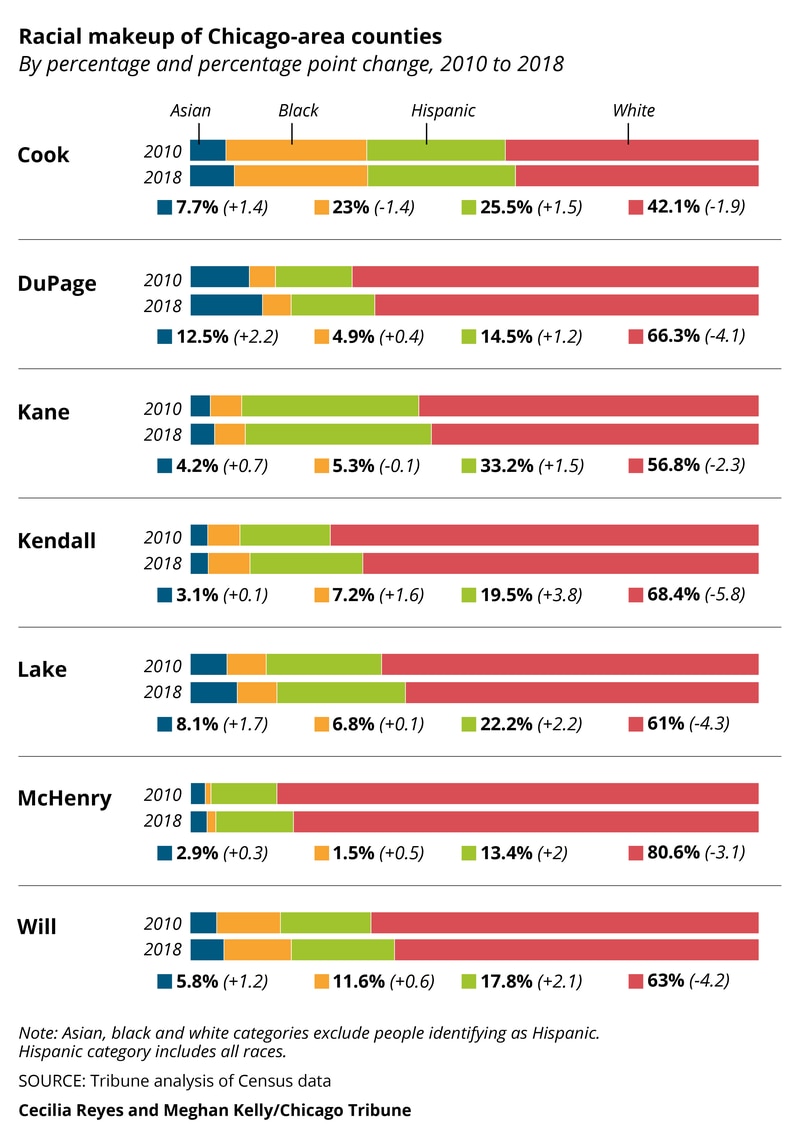 The Chicago Tribune article also points out a few of the notable patterns:

The six suburban counties gained a total of 14,857 non-Hispanic black residents from 2010 to 2018, most of them in Will and DuPage, the new census data shows.

Cook County, meanwhile, lost 75,081 black residents over the same time period. Black residents’ share of the county population decreased the most of any racial group in the last eight years…

In each of the six suburbs surrounding Cook, non-white Asian residents grew by at least 13% since 2010. DuPage County grew by the most people, with an increase of 21,960 Asian residents in that time.

I’ll throw in three more patterns I see in the table: