An Atlas Obscura piece on Levittown begins with a summary of suburbs on television: 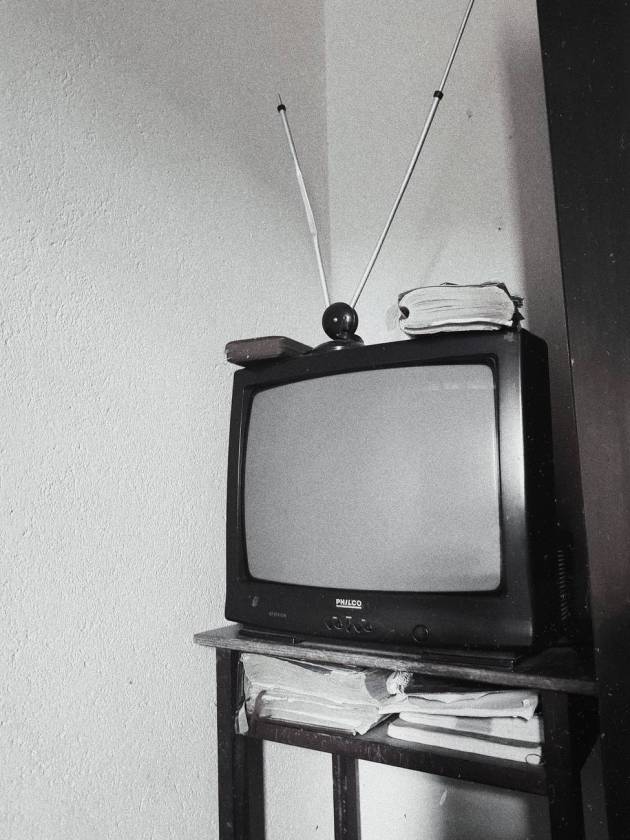 Photo by Andre Moura on Pexels.com

From the air, the homes fan out like intricate beadwork. For decades, America’s suburbs have been a popular setting for television shows, from Leave It To Beaver* to Desperate Housewives, chronicling entertaining trivialities against the backdrop of meticulously shorn lawns, the drifting smoke of barbecues, the infrastructure of cars and roads: a pleasantly domestic—but fraught—version of the American dream.

There is no doubt about the claim in the second sentence: “America’s suburbs have been a popular setting for television shows.” Today, television viewers can still find new suburban sitcoms that play with the 1950s formula (actually begun in radio) of a happy nuclear family with plenty of resources working through entertaining yet relatively low-level issues. And as noted at the end (and developed by numerous scholars – I would recommend starting with the work of Lynn Spigel), the television image of suburbs was too pleasant and reinforced a well-off white image of the suburbs.

At the same time, I have published two articles on television in the suburbs and they contribute to a more complicated story of suburbs on television. In my article “From I Love Lucy in Connecticut to Desperate Housewives’ Wisteria Lane: Suburban TV Shows, 1950-2007,” I find that suburban-set shows never dominated the most popular American TV shows. Although such shows might be familiar, common, and live on in memories connected to a different era, they are not the only places Americans see on television. Take as one example the Brady Bunch: it may have been watched for millions in syndication, it may have particularly influenced younger viewers, and it had an iconic house but it never was a Top 30 television show. The suburban TV show is well-known but how influential they are is debatable.

Similarly, more recent suburban TV shows have truly tweaked the format. Lynn Spigel points out that twists to the typical format started early on while more recent shows feature suburban lifestyles from a different point of view (thinking of Black-ish, Fresh Off the Boat, and American Housewife off the top of my head). I wrote “A McMansion for the Suburban Mob Family: The Unfulfilling Single-Family Home of The Sopranos” and considered this critically-acclaimed and popular show set in suburban New Jersey. It has a similar set-up to 1950s suburban shows – the successful white nuclear family living in a big suburban house – but ultimately suggests all of this is an illusion as Tony Soprano’s mob dealings undergird and undercut the family’s attempts to live a normal suburban life. The Sopranos is not the only show to do this; others feature other family structures, deviant behavior, and alternative routes into and out of the suburban dream.

At this point, have television shows covered all of the stories of American suburbs? No. Is there still a typical format? Yes. Have creators played around with the typical format to present other stories? Yes.. Do Americans want to watch suburban TV shows? Yes and no.

The iconic home of the Brady family on The Brady Bunch may have a number of confusing features but it is still popular: HGTV is working on a show about the renovation of the home.

The Studio City, Calif., residence was pictured in each episode before the camera took viewers inside the family’s abode. Those scenes, which featured, for example, the kitchen where housekeeper Alice (the late Ann B. Davis) dished out jokes or the girls’ bedroom, where Marcia Brady brushed her hair, were shot on a soundstage.

The house changed hands over the summer, when the network snapped up the property for an unknown price. (Former ‘N Sync member and Brady Bunch die-hard fan Lance Bass narrowly missed out on the place in a bidding war.)

HGTV revealed in August that it had placed the winning bid and would restore the home “to its 1970s glory” as part of a new show.

On Thursday, the network announced that A Very Brady Renovation is set to premiere in September 2019. Home renovation pros from HGTV will “reimagine the popular show’s interior set design, working to ensure that the final renovation results stay true to the spirit of the Brady Bunch family home that everyone loves and remembers,” according to a press release. In other words, the iconic staircase and the retro hues used in the home will remain.

Perhaps this is what nostalgia about postwar suburban life looks like: it is filtered through television. Instead of having a show about updating postwar suburban homes (imagine an HGTV show solely devoted to the iconic Levittown and other mass produced suburbs), a network banks on a fictional suburban home. If this Brady Bunch renovation show works, I imagine more shows featuring famous TV homes could occur.

This whole concept makes some sense. Television emerged at the same time as the suburbs. Certain shows, including the Brady Bunch, became associated with suburban America. Some have argued the depictions of suburbs on television helped encourage suburban development – I’m not sure there is much evidence for that. Still, the suburban TV show following the exploits of a nuclear family and kids developed in this time and is still a genre today.

But, I could also imagine some alternative ways that a home like that of the Brady Bunch could enter the realm of nostalgia: