Americans like cars. Just how much they do is easier to see with two sets of comparative data (first image, second image). 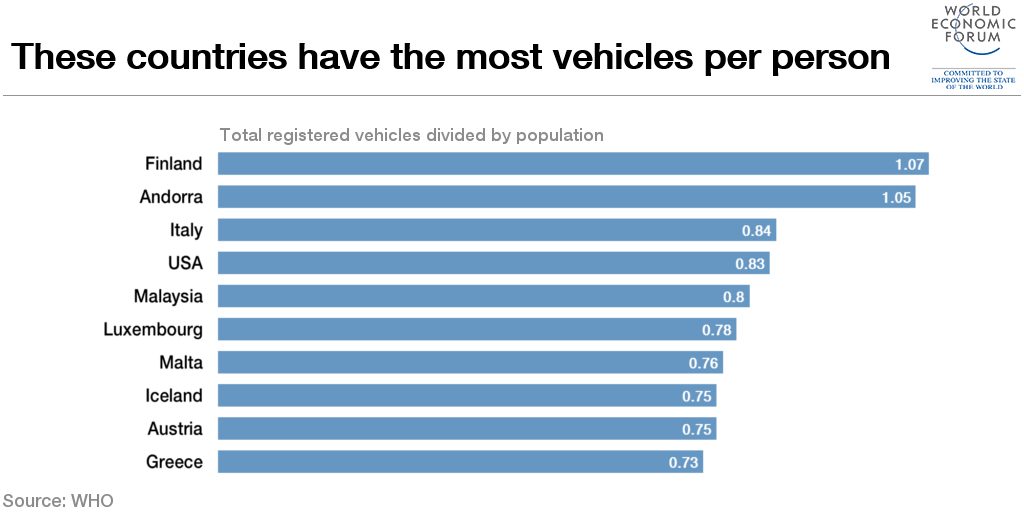