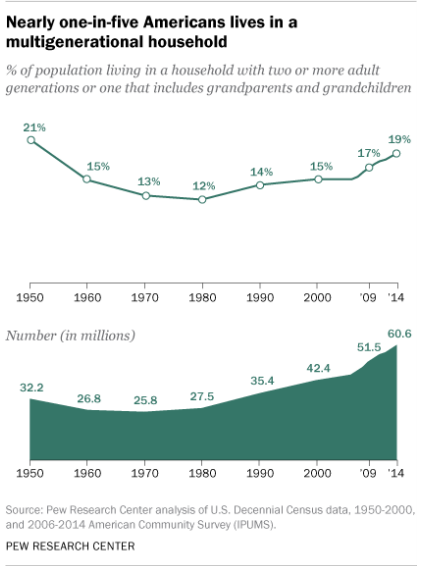 With the decline in driving, perhaps it is time to consider whether we have reached peak road:

At his Transportationist blog last week, University of Minnesota scholar David Levinson pointed out that Department of Transportation estimates of public roads and street mileage in the United States — paved and unpaved alike — leveled off between 2008 and 2011 (the latest year given, with data missing for 2009 and 2010). Levinson charted the plateau (the y-axis mileage is in thousands)…

Like vehicle miles traveled, paved road mileage steadily increased for decades, from roughly 1.23 million miles in 1960 to 2.6 million in 2011. (Unpaved roads followed the opposite trend, declining over time as many became paved.) The paved peak might have occurred in 2008, when mileage reached above 2.7 million. The 2011 mileage, meanwhile, is about the same as that of 2005.

Given that the statistical peak coincided with the Great Recession, it’s probably too early to call things. It’s also important to keep in mind that there are multiple ways to measure a road. There is its end-to-end length (known as “centerline miles”) and there is also its total capacity (known as “lane miles”) — the latter calculated by multiplying the length by the number of lanes….

I wonder how much this is tied to sprawl and population growth. Opponents of sprawl would want denser cities and suburbs and this doesn’t necessarily require adding new roads. But, expanding metropolitan regions can lead to new roads and highways.

The call here to use existing roads more efficiently ignores one overarching concern that may be on the mind of a number of local officials as well as taxpayers: who is going to pay for new roads? Here are the pieces involved:

1. Building the roads in the first place. If these roads are constructed in dense areas, the costs rise sharply in order to purchase land. If major roads are desired, we may see more public-private partnerships or toll roads.

2. Maintaining the roads for a long period of time. These costs include everything from filling potholes to adding capacity to complete rebuilds.

If we have reached peak road, perhaps we should continue to celebrate the massive highway building project the United States embarked upon and successfully completed in the second half of the 20th century.

One final thought: when exactly can we declare peak anything? If the data shows not much change over an eight year period, is this enough knowledge to predict no more future growth? I would be very hesitant to stake a lot on such a claim…